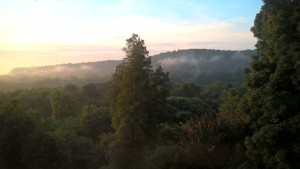 About a month ago, I mentioned that I got some bad news. Last week, the news got worse. After almost eleven years, I have been laid off from my job. The company closed its doors and is no longer doing business. All of my co-workers and I are sad about the end. It’s a new reality for us.

In some ways I feel like I am going through the five stages of grief: denial, anger, bargaining, depression and acceptance. If I’m being honest, I’m probably in between the depression and acceptance phase. I have all these reminders around me of work left unfinished. There is a lingering voice in the back of my mind, which chime at two o’clock in the afternoon telling me I should be working. I realize now that I can leave it unfinished. I can pack it up, or throw it away. No one needs it anymore.

I do feel lucky. Lucky that I got myself out of debt, so my bills (for now) are manageable (emergency fund, unemployment, etc.).

Lucky that I had all of my surgery and other medical procedures done early this year. I’m healthy and have never felt better.

Lucky that I have friends and family who I can lean on for support.

And I’m lucky I got to work as long as I did at my former company. It’s rare to find a place with great people and work that allowed me to pursue my dreams too. At eleven years, I was one of the newer employees. There were folks who had been there twenty plus years.

So for now, I’m job hunting and focusing on my fiction writing (and sticking to the plan I thought about last month). I’m sad about the end, but, if I’m being honest, I’m excited by the future. This is a new opportunity for me. A new path, I didn’t see coming. I don’t expect it to be easy, just different. I thought my life was going one way, but the universe had a different plan.

Let’s see where it goes. 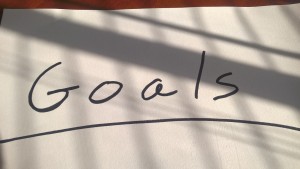 Today I was reminded that it has been a year since I put a down payment on my first home. Two years ago, I lived in a different place and was plugging away at my goal to save up money. Time seemed to move much slower while I worked toward my goals. The days repeated over and over.

I feel like that now. I’m plugging away at my novel and stories, but not really making any progress. Things are still unfinished. I know that I will be done one day. But that day seems so far off.

I have to remember that sometimes when you are in the middle, it is tough to see the end, but it is there. There is an end. You have to keep going and trust that you will get there.

I’ve done it before. I’ve gotten degrees, paid off lots of debt, saved up large sums of money, and written novels (and lots of short stories). All long-term goals I achieved. This should be a familiar thing to me.

And it is, but sometimes I need to be reminded. I need to keep going and until I get to the end. 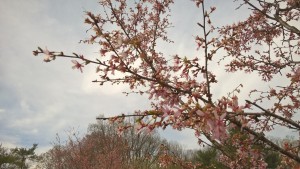 When I was in my twenties, I was an insecure writer. Just starting to form my voice and style, I wasn’t sure people would get me. I wasted a lot of time wondering what people would say about my writing. Whether I was good enough.

The thing is, everyone around me was encouraging. My parents, my friends, and others were nothing but kind when I would mention that I wanted to write fiction. Still there was a voice in the back of my mind that kept telling me I wasn’t good enough. Instead of plowing ahead towards my goal of getting published. I wrote and rewrote and rewrote my stories. They were never finished.

I would go to work shops to get critiques and even there, with people saying I how talented I was, or how unique the story was, I still shied away from putting myself out there.

I was waiting for permission.

Permission to be a writer, even though I already was one.

I was waiting on the writing gods to bestow upon me some benevolent sign that I was ready to be published. I did submit here and there, but not with any gusto. Basically, I was sitting on the couch waiting for life to happen to me. I was waiting to be discovered, instead of trying to make my voice heard.

It took me a while to realize that I didn’t (and shouldn’t) need anyone to tell me that I was a writer. I had to get over the self-doubt, the fear, the anxiety, in order to get to the place I am now.

What’s the saying? Everything you want is on the other side of fear.

Once I moved past the doubts and started to re-imagine myself as a writer, I realized I no longer needed anyone’s permission to be the person I wanted to be. I didn’t wait any longer for someone (like a famous writer) to put their arms around me and say, “Hey I think your talented. Let me show you the ropes.” I was too busy doing to wait for that conversation.

If you are someone who is waiting for that permission (whether you are a writer or not), I’m giving it to you now. Be that person you want to be. Go after that dream. It’s not silly. It’s not wasteful.